(The posts over the next week will be in mostly a fact-finding and reporting style as we are zipping through Spain now and must type fast!)

The original Wehkamps arrived to Granada on Sunday and we arrived shortly after (shortly after driving around the town lost for 2 hours).

We exchanged big hugs and smiles and set off to have some lunch and see some sights. 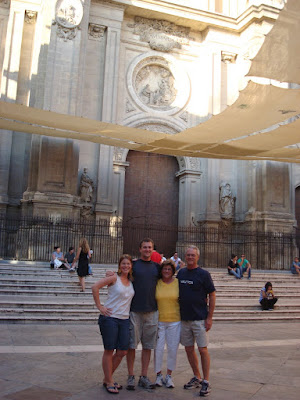 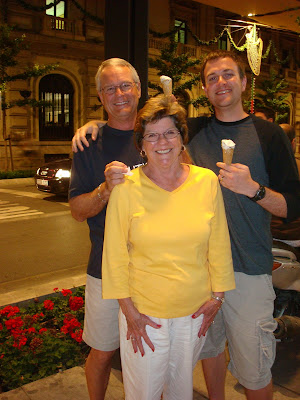 We saw the cathedral, ate a menu del dia, drank some wine, then rested a bit before dinner.

For dinner we had some beer from Granada, some tapas, some sangria and some ice cream.

After all the aforementioned, we were all spent and ready for some sleep.

For my part, I spent the night hugging the porcelain God. It was not pretty.

Chris did his part as the supportive husband and held my hair and fetched me cool towels.

Something didn't agree with my stomach and I spent the whole night back and forth to the bathroom.

So needless to say, the next day was a bit of a challenge - but going back to the Alhambra was something I had been looking forward to this whole trip, so I brushed my teeth really well and headed out.

There are no words for the beauty and detail of the Alhambra. The Alhambra is a Moorish palace, the last Moorish stronghold in Spain before the Moors retreated into Africa.

We have so many good pictures but so little bandwidth here - so here's a very small (almost insulting) sampling. 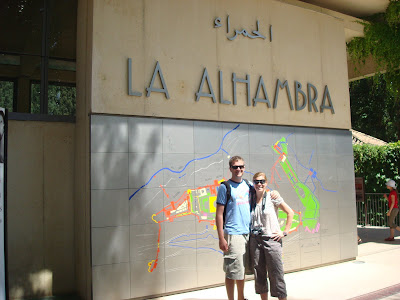 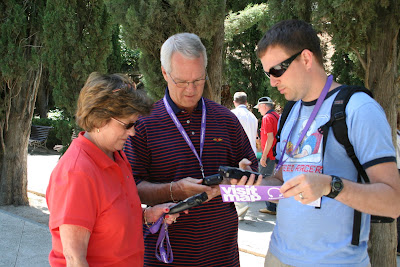 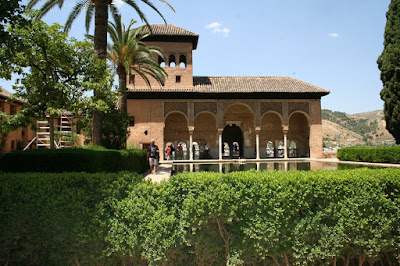 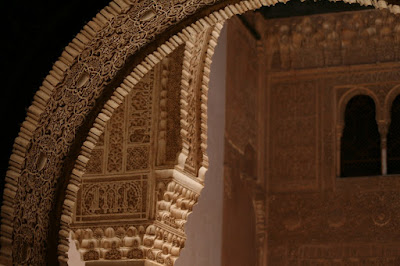 The Alhambra was loved by all.

The next morning we bid adieu to Granada and set sail for Marbella where I am now writing this post. We're a day or so behind in writing, but not in experiences. So much more to come. Donuts and junk yards and noses oh my!
Posted by CUMC at Wednesday, June 03, 2009