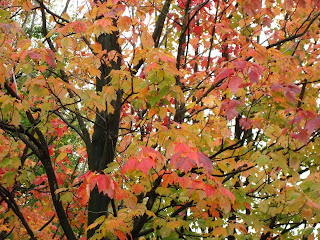 It pours rain and takes about a day to adjust to having an umbrella as an extra limb, but it’s beautiful. 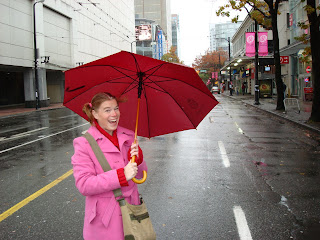 We walked through a forest of tall trees, strolled along the sea wall, shielded our food from the hungry seagulls on Granville Island, and recharged our weary bodies with some relaxing spa massages. We ate Malaysian food, drank terrific local wine, played with hand puppets, dodged falling maple leaves and didn’t meet one rude person. 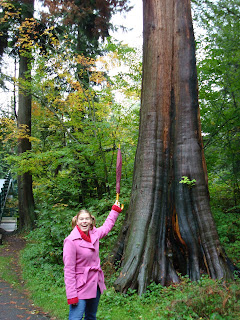 No strains, no pains, just rains. 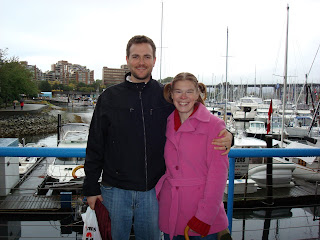 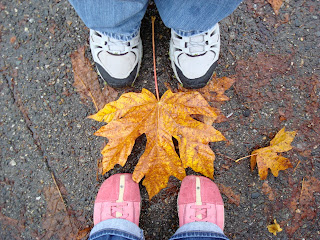 Neither Chris nor I had any plans of leaving the country this last weekend. But Friday morning we found ourselves clearing Canadian immigration.

Last Thursday Chris and I went to DFW International airport to try to catch a flight to Portland, Oregon.
Instead, Chris had his toothpaste taken away and then loaned his cell phone to a random stranger who had just dropped his phone in his coffee.
10pm, flight full, we took our bags and headed back home.

Friday morning Chris and I visited 76 of the 165 gates at DFW International airport.
We cleared the security checkpoints 4 times, visited all 5 terminals, were issued 5 boarding passes each, had our “airport approved” liquids bag confiscated, and rode the Skylink 6 times.

After 9 hours and 7 failed attempts to catch a flight to Portland we were left with two options: continue to change terminals for another 3 hours or board the only available flight out of Dallas: DFW to Vancouver.

Knowing nothing about the city, having no guide book or hotel, we took our seats on the 5:00 to Vancouver, British Columbia.

At 9:00pm Friday evening we arrived in Canada.
The rest is a story of umbrellas, $9 butter, massages, exiquisite cuisine, forests, seas and mountains.
But those stories will have to wait.
Patience my friends.
Patience is a major component of this adventure.
Posted by Sarah at Friday, October 12, 2007 No comments:

Our Trip to Portland 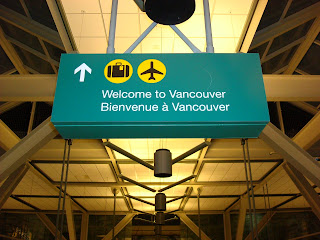