The day started around 11am when Chris and I made our way down the hill to find a cab.

We found said cab and began making our way to the Western edge of Ankara.

We arrived about 15 minutes later at "acity", on Istanbul Road. 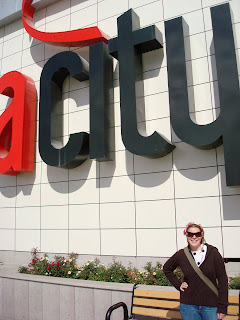 Acity is an outlet mall of sorts and when we got there we had the whole place to ourselves.
Clothes stores, shoe stores, a few home electronics stores, but for some reason, our first stop was a children's toy store.

See if you can recognize any of these popular games: 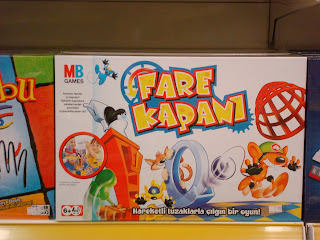 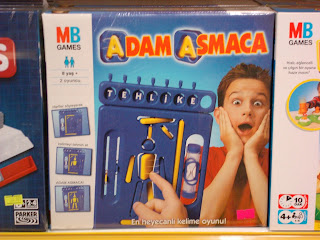 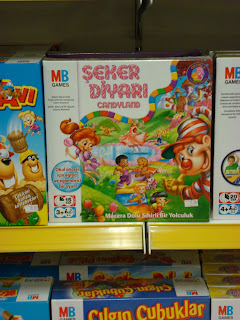 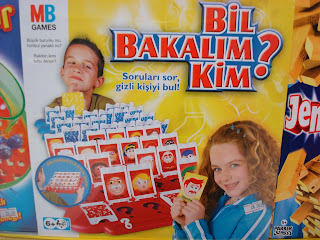 (Julie - I took this picture especially for you.  I'm pretty sure it's a flipping, barking Kangal.) 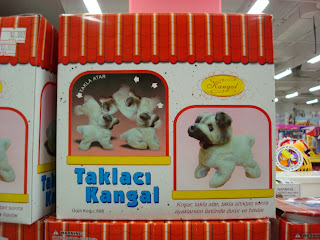 I think Chris took this picture to help you at home see the variety of dolls on the doll isle. 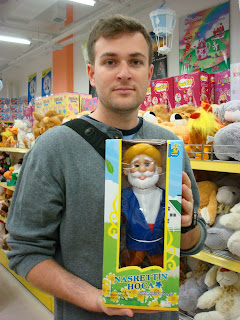 And who can identify what is wrong with this children's toy? 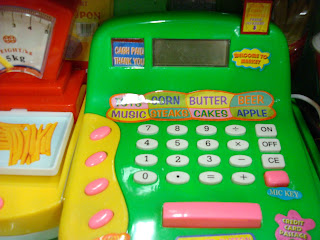 After the toy store we made our way through some adult clothing and electronics stores, and then we headed to the food court for some lunch.

After lunch, a strange thing happened.

It was like someone opened the gates and about quadruple the amount of people were now shopping in acity.
Chris looked at his watch and figured out that church had just let out.

Some stores we couldn't even go into because of fire code violations.

So, we got another cab and made our way to another outlet store about 10 miles up the road, called Optimum.

Why we thought the crowds would be any different there, I have no idea.
But they weren't, and we suffered through and managed to find a nice down comforter for our bed.

We also found quite possibly the scariest thing I've ever seen at a children's playground. (Again, Julie, I thought of you.)

After shopping for more than 3 hours, "we" were ready to go.

At this point you might think we decided to call it a day and go home, but oh no...we made our way to one more shopping center.

This one is great though because it has this feat of engineering.

And then if you need some underwear, you will need to find your way to this aisle ( a warning: google might take this photo down, but I promise this picture has not been doctored in any way. might not be suitable for 18 and under. oh, and in the turkish language, all the letter C's are pronounced like the letter J.) So yeah, underwear aisle.

We ended the day with the closest we've been able to find to an Abuelo's or a El Fenix or a Taco Bell.

At the end of the day we had 2 new pairs of pants, a skirt, a napkin holder, a hanging clothes organizer, a new down comforter and knowledge never to shop after 1pm on a Sunday ever, ever again.
Posted by CUMC at Sunday, September 28, 2008