On Thursday Chris and I started our graduate class in Educational Psychology.

As with most first days of class, we began our time together with a little get-to-know you ice breaker. 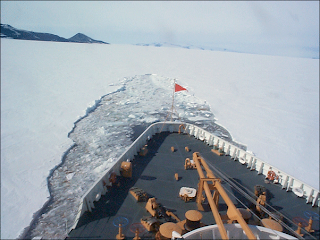 Ho-hum, I'm from America, I'm a teacher, I like travelling, what's your name?

For this session I was paired with an Aussie, Paul. I never would have guessed from his physique that Paul is an Aussie. He has an Asian-Euro-scruffy dark face and hair look about him.

But I learned about Aussie Paul, he about me, and then we were told to go find another group and introduce our partner to them.

So Paul and I sat and watched as two foreign gentlemen came sauntering over to us. We welcomed them to sit down and introduce themselves.

They looked 30, give or take a few years, dark-haired, dark-skinned, tall and very smiley.

Muhammad began by gesturing to his partner Raqued:

"This is Raqued. He is from Iraq and graduated with a degree in history. He likes Turkish Doma and stomach gravy."

"Yes, you know...you take the spleen and the stomach juices and the blood and make a gravy. Is very tasty."

"No, no...it is not human spleen and blood, is juices made from cow! We are not cannibals."

"Yes. And Raqued's hobbies are reading, driving and shooting people in the streets."

S: (screwed up face) "I'm sorry, you shoot people in the streets? Like at their feet to be funny?"

Raqued and Muhammad both laughed.

"No, no, not for joke," Muhammad replied. "Is hobby shooting people. Like smoking no?" (big smile and smoking cigarette gesture)

"So you introduce your friend?"

It's at this point that smiley Raqued leaned across myself to get in close to Paul and ask him "You are Muslim?"

Raqued didn't move, as if waiting for elaboration.

I held my breath and waited for Raqued to unveil the weapon he'd been brandishing and to take off Paul's head in the name of Islam, but instead he just leaned in closer and said:
"You do not look Australian. You look Chinese."

Now I waited for Paul to pull out some kind of wicked Aussie Outback knife and show Raqued what an Aussie looks like, but instead he said mildly:
"My mom is from Sri Lanka and my dad is from Malaysia."

This seemed to satisfy Raqued's thirst for Paul's family tree of theological leanings, and he eased back in his chair to hear the rest of Paul's story.

At that point I really couldn't even concentrate anymore on what I was supposed to be doing because I was using every available brain cell in my head to remember the details of this fascinating conversation.

But I told the group that Paul was a snowboarder and he liked teaching and then Paul introduced me.

When it was Raqued's turn to introduce Muhammad , he began by telling us that Muhammad was Muslim and that he had fourteen brothers and sisters, three of which died in the war.
I offered my condolences and Muhammand casually brushed the air with his hand and said "eh, this is what happens."

I asked if they meant racing cars, to which Raqued defiantly replied "no, we have cars, we do not drive donkeys!"

"But we do drive donkeys too," he added proudly.

Then Raqued shared that Muhammad had been fighting with the Iraqi army in the mountains for the last seven years.
A hush fell over the group and it was obvious no one knew quite what to say.

I noticed the professor out of the corner of my eye, and lucky for everyone involved, he told us it was time to wrap up our sharing session.

I took some notes on my pad in spanish so no one would know I was writing about them, and then I sat and waited for 45 long minutes to tell Chris or someone about this incredible, impossible conversation I had just witnessed.

During the break, I finally got Chris alone and began to tell him about the Iraqi's introduction. I got as far as 'stomach gravy' before Chris erupted in laughter.

I could tell this was going to be a long story.
Posted by CUMC at Sunday, September 21, 2008