How Honest is Too Honest? - by Christopher 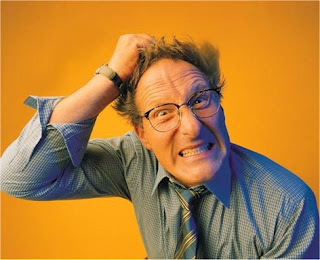 I want you to know that I have a lot of fun writing these posts.

I was just telling my Dad on Skype last night that we really don't have a problem with a lack of material. We could probably write four posts every day and not run out of stuff. Everything is still very new and different to us, and we are mostly happily bemused by it all.

But there are heavier things weighing on me today. And this raises a question: how honest is too honest? When does JEI cross over into TMI? And which of you will be the first to infer what JEI means?

The unspoken thesis of our little site is to make sure that you are along for this journey of ours so that the gulf between us doesn't widen any farther than it has to. And if it works, when we see each other face-to-face, it will feel after ten minutes of talking and laughing as though no time has passed between this visit and our last.

To this end, Sarah and I have been populating this space with points of interest and our own comical observations, in the hopes that you will know our lives now just like you have known our lives in the past. I even think it's working. We're keeping you in the loop, and you're writing us in response.

But you're not getting the whole story. Most of you probably know that, even if you haven't thought about it.

The truth about what we're really going through over here has not always been funny or interesting. The truth has sometimes been annoying, uncomfortable, frustrating and painful.

Sarah and I certainly wouldn't be very interested in reading your emails if what they mostly communicated was how difficult and frustrating your life was. So I promise that this blog won't become a dumping place for our gripes.

But for today, I've just got to say it. Sometimes this place sucks like a shop vac.

Maybe my whining would be more palatable in the form of a narrative analogy:

Imagine yourself standing in line at your local DMV office on a cloudless summer day. You were sweating before you came in, and as you entered the packed room and took your place at the back of a snaking line, you began to sweat even more. Because there is no air conditioning in this blank-walled, desert of a room.

You have in your hand some paperwork which is printed in a strange language you cannot decipher. You know that you must give this paper to someone, but all you can think about is how parched you are as another wave of your precious body fluids seeps relentlessly through the dank dungeon of your constantly-moist underwear.

You begin to notice, bit by little bit, that everyone in the room is speaking a foreign tongue. It is so incomprehensibly alien to your ears that at times you can't tell for sure if the speaker is making a remark, asking a question, or performing an autonomic function. Like sneezing.

Then you suddenly perceive, through the murky stench of too many sweaty humans, that there is not one line of people, but two. And both lines seem to intersect at bizarre junctions. Which leads you to wonder if those intersections might be still more lines. Perhaps five or six of them.

You glance desperately at the posted signs above your head. One appears to be a crude drawing of two dogs copulating and the other only bears the number twelve. No help. You tap the person directly in front of you in line and show them the paper in your hand, asking which line is the right one? The person smiles at you, says something in that grunting, slurring language and turns away. No help.

Quietly, you begin to panic.

You have already waited in the line for so long, that you must resign yourself to the line you're in. After all, you think, there's a good chance that you'll drop dead of dehydration before you ever reach the counter anyway.

After an uncomfortably long span of waiting, you reach the counter. The man behind smiles at you amiably and beckons you forward. But just as you hand him your paper, your bowels are gripped with an urgent call of nature.

You double over in agony, your hands pressed feebly to your waist. Through the haze of pain you're thinking please not now, just make it a few minutes more, I'm finally at the counter! The nice man is looking down at you with concern and asking you something, or maybe clearing his throat inquisitively. He points behind you at a door, as though showing you where the toilet is.

I'm fine, you say and straighten up. He smiles, and starts to write something in his strange script. He's writing so slowly, and now he's come to a part he doesn't understand, or that's been filled out wrong and he's turned away to one of his co-workers to ask a question about it, or make a comment about it, or to tell his buddy to look at the stupid foreigner who has been waiting for hours in the wrong line.

And the stabbing pain shoots into your mid-section, growing in intensity with each passing second. You've closed your eyes and gritted your teeth against it, so you don't see when the man behind the counter passes your paper to his co-worker and gestures for the woman behind you to come forward. When you look again, the man is helping her and they are speaking easily in their common tongue as though they can't see you at all.

You can't wait a second more, you stagger to the door behind you that the nice man pointed to and fling it wide. The door closes behind you and as you fumble in the dark for the light switch you desperately try to tear your soaking-wet shorts from your waist. You've only just managed to get them down to your knees when your hand finally finds the light switch on the wall and flicks it on.

Before you sits a ratty mop and a filthy plastic bucket. You are standing in a janitor's closet.

With your pants down.

Your mind reels in panic as thirteen questions all crowd their way into your consciousness: so then where is the bathroom? Why did he point to this door? Was he pointing to this door? Maybe there was another door past this door that you didn't see!! Maybe he wasn't even pointing at the door for me, maybe he was pointing at something else entirely for the benefit of someone behind me that I couldn't see who had asked him a question with gestures! Maybe he thinks I am the janitor, maybe I was given the wrong paperwork and this faulty paperwork indicates that I am the new janitor. But that would mean that one of the janitors has the paperwork that I am supposed to have, and if so, where is the janitor if he is not in the janitor's closet? Do janitors actually just stay in the janitor's closet when they aren't janitoring, and could what a janitor does be called janitoring, or janitizing, and on, and on, as you poop your pants in total defeat.

Today wasn't easy, didn't go as planned, and resulted in Sarah and I feeling frustrated, demoralized and exhausted. We had days like this in Texas, too. But in Texas you can call up John or Caleb and unclench over a Shiner and a football game, or meet the parents for dinner, or Sarah could do some shopping therapy with her girls.

Point being, we haven't found our release valve yet.

Although I can say that writing this post has been plenty therapeutic in its own way. Thanks to all of you who plow through these and tell us what you think.

You're keeping us sane.
Posted by Christopher at Saturday, August 30, 2008