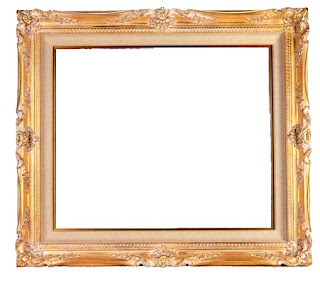 One time I sent some little humorous essays I wrote to an old acquaintance's video game website. I told him in the email, hey, I noticed you don't have any features beyond blurbs of game reviews. How about I write a funny little essay for your site every now and again? I actually figured I was throwing him a bone. Free "content" for his site and all.

He wrote me a very polite rejection a week later. The reason? The internet is a "visual medium" and if I was willing to video tape myself reading my funny essays, then maybe he would consider that submission. But big chunks of text weren't going to cut it on the web, said he.

I think my sensibilities are a little more advanced than his target demographic. Which is a really angular way of saying that I think I'm getting old. Because I really hope he is wrong. I don't want to live to see the end of the written word, I just love it too much. To me it's an incredibly powerful format because (unlike visual communication) I get to use my imagination when I read a good story. Using my imagination is fun. See, getting old aren't I?

Telepathy is my only exception. If somebody figures out telepathy, I'm willing to give up reading and writing altogether.

That said, I certainly don't expect the audience that reads this blog on a regular basis to wade through every paragraph every day. I know I don't. I'm an avid skimmer of blogs. If a sentence or a turn of phrase hooks me, I'l read the whole thing. But it's got to hook me. Otherwise it's skimmy skim skim and out. You guys are probably the same.

I think the skim factor is especially high for my posts where I really get 'inventive.' Some of you just groan and think, 'oh geez, he's getting inventive, time to skim.' And you might make it to the first poop joke but that's as far as you get. No hard feelings, really. The rest of that post I spent dumping on your taste and jeering at your intellect so you didn't miss much, really.

Sarah mentioned that we need to be taking more photos and videos so that we can keep our blogs interesting. And look, I agree. I also like to look at pretty pictures. Maybe it's just easier for me to bang out 800 words of claptrap than it is to remember to pack the camera.

Let's do this. I'll run a quick inventory of iphoto and see if I've got some 'B' roll stuff laying around. Let's see. 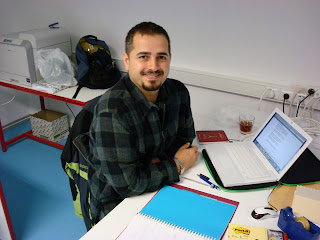 Here's a good picture of my teaching partner Serdar Mutlu. In Turkish his last name means "happy." And he is generally a really happy guy. So that worked out for him, I guess. 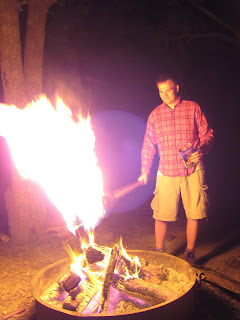 Here's a picture of me burning a wooden oar doused in lighter fluid over a campfire. That one didn't happen in Turkey. Back in the good old USA. Where oars and lighter fluid are handed out like candy. What a satisfied look on my face. 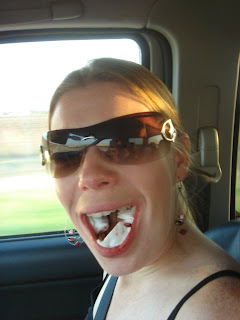 Here's a picture which Sarah would never knowingly let me post anywhere. Sarah is very high on painkillers with a mouth full of gauze right after a dental procedure. Cute as hell, right? I think so too. Will that sentiment save me from her vicious photo-posting revenge? I doubt it. 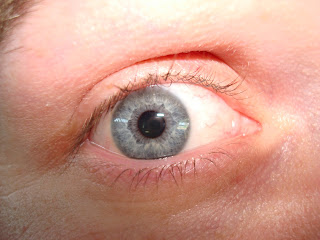 Extreme close-up of my peeper. I think Sarah took this one at an airport somewhere. I'm sure we may have looked strange taking flash photos an inch from each other's faces. But that's for the multitude of nameless strangers to judge. I don't want to impose on their jurisdiction. 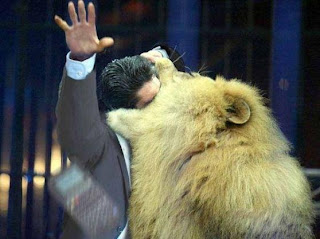 I found this on the www. I like how in the foreground it looks like the poor guy has dropped his cell phone. I hate it when I do that! There's just nothing more annoying. Except maybe a lion eating your face.

Most of it plotless, but maybe you can fill in the gaps with your imagination.
Posted by Christopher at Friday, November 07, 2008