Last night, Chris and I spent our first married Thanksgiving eating turkey in Turkey, and it was great.

All the Americans brought the food, and the Aussies, Turks, Canadians, Scots and others enjoyed.

Before leaving the house, Chris realized that this would be the perfect opportunity to use some of the gummy teeth that we forgot to use at Halloween. 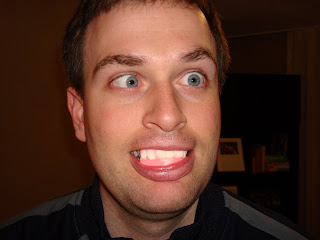 The Stovetop I made wasn't quite as frightening. A huge hit in fact. 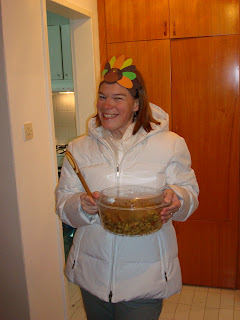 When we arrived at the dinner there were kiddos, families and people from all across the BUPS spectrum.

This is Merrill and I before dinner: 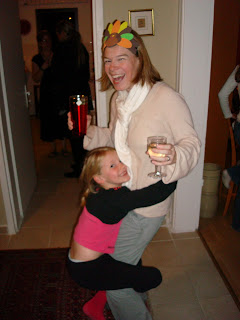 Our lovely hostess Lara getting the turkey ready for the table: 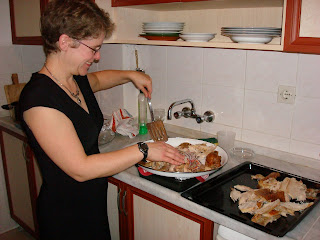 One of our graduate school professors and his wife: 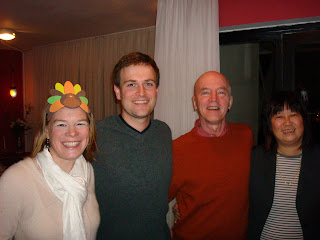 Dan (ES Principal), Paul (4th), Chris (MS Principal) and Chris (I know CW has his eyes closed, but you already know what he looks like right?): 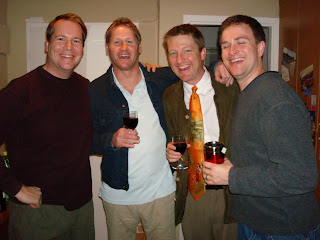 Part of the spread: 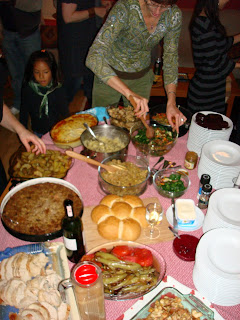 Dan, our principal gave a really nice toast before we all dug-in. I was definitely thinking of you guys. 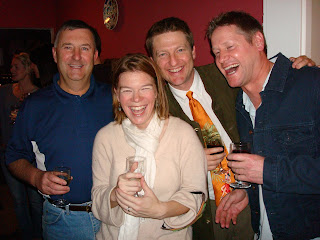 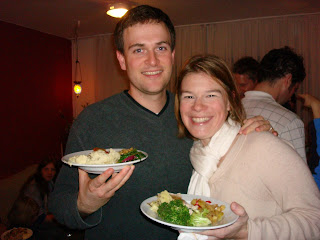 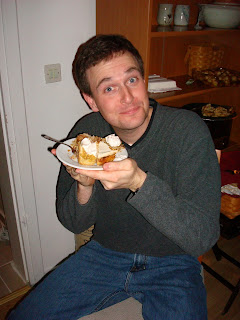 (Alright. I think I've exacted enough photo revenge in the last few posts to make up for the picture Chris posted of me post getting my wisdom teeth pulled.)

You can see the rest of the photos on Picasa.

And a lot of people were asking how big their place is, how many people were there, etc... This video should give you a sense of the atmosphere.

We stayed out at the Kellers for about three hours, then came home and skyped with the Mathis clan.

We then laid in bed and thought about how lucky we are.

Not just to have family and friends that love us so much, but to have consistent air pressure, a planet that makes predictable revolutions around the Sun, enough tea that we can spare some to burn for fun, and of course, so lucky to have each other.

Yeah for starting off the holiday season getting along!

Hope everyone had a peaceful Thanksgiving.
Posted by CUMC at Friday, November 28, 2008