Weening Ourselves Off of Halloween

As you might guess, Halloween is not officially celebrated in Turkey.
But, since we are at an International school full of children and adults from all parts of the Halloween-celebrating world, we couldn't help but throw a few elements of All Hallows Eve into our Friday school day.
This is a video of Chris and I walking to work.
Nothing scary about that.
The children were not allowed to dress up, though some did.
At lunch they received candy apples that they had to all throw away because straight after lunch we have PE and hard candy apples on sharp sticks and physical education do not mix. 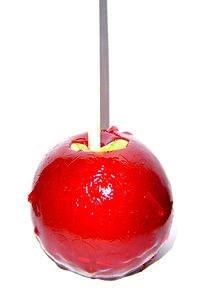 And that was it for school-sponsered Halloween.

But the tricks and treats don't end there.
Every Friday BUPS spends the last hour and a half of the day engaging the children in an Activities time.
Activities include but are not limited to things such as chess, ice-skating, bowling, clay animation, great books club, cooking, you get the idea.
I thought it would be a great idea to do ice-skating since it's something I love to do and it would get me off campus every Friday afternoon.
Chris is doing chess because he forgot to turn in his form that listed his preferences.
The first Friday of activities, we went to the ice rink but didn't skate.  Ice-hockey game was underway so we just sat and watched the game for 20 min. while the children asked all sorts of ice-hockey questions (like, "can they skate outside the red lines?" and "why are they going behind the goal?" and "why are they so mean to each other?") questions I had no answers to.  I improvised by telling them they can skate anywhere they want and they go behind the goal to rest.
Second Friday of activities, my co-partner in ice-skating Ms. Fatma, got stung by a bee on our way to the buses.  I offered to take the kids to the bus whilst she went to the nurse.
When I reached the spot where the bus was supposed to be, all I found was a patch of empty concrete.
The bus never came and the kids took to swinging on light poles and climbing through holes in the fence.
Third Friday of activities, the bus left without me.  I was in a professional development meeting all day, and when I got out, the bus was driving away.
So yesterday, fourth Friday of activities, we all make it on the bus.
Five minutes into the ride I hear a girl in the back screaming bloody murder and I turn around to see blood gushing out of her mouth.
The boy next to her (we'll call him Bob for privacy sake) had clocked her and she is now crying inconsolably.  Screaming, bleeding...
Fatma offers to take her back to school after we drop off the other kids to skate.  I tell her she is to take Bob back with her as he will not be skating after assaulting his classmate.
Bob hears this and immediately breaks down into his own flood of tears and screaming.
Now we have one bloody child, two crying childs and 9 other anxiety-filled youngsters on a bus headed to ice-skate.
Finally we make it to the skating rink.  Fatma returns to school with Bob and bloodyface.
At least we're here and we're going to ice-skate.
And if you think that's what we did, then I have done a horrible job of foreshadowing.
Here's us at the ice rink. 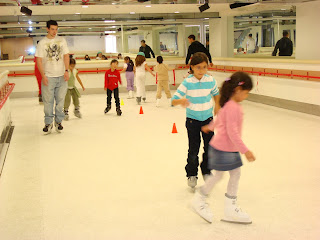 Take another look and a listen.
Now I know what you're thinking and I'm going to just stop those thoughts right now.
"Ah, but kids get a kick out of most anything...they don't care if it's fake ice."
I have to remind you, these are not just any kids.  These are diplomats kids, ambassadors kids, their parents own TV stations and take them on ski trips to Patagonia.  I can assure you, not one child was amused by the plastic ice.
If you really want to see them clonking about, here they are.
If you listen closely you can hear them complaining about how it's not real ice.
Other than that it's an otherwise uneventful video.
I bored of the plastic skating and went to find a treat upstairs.
I was not disappointed.
These brilliant attempts at translation never fail to evoke a laugh from Chris and I. 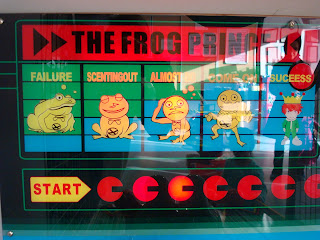 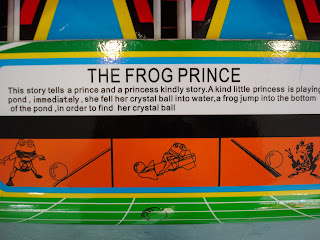 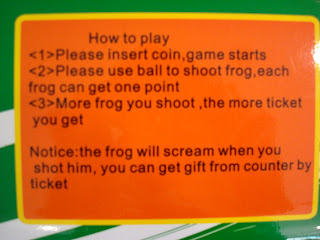 And this?  Well, this is posted where we post videos because I'm just not sure it's for public consumption.
Later in the evening there was some trick-or-treating around the lojmans but we weren't around for it.
Chris and I, along with our more outgoing colleagues, boarded a bus and went to the pub for a Halloween pub quiz.
We lost the quiz, but we won some sanity back.
Hope everyone had a jolly Halloween.
Posted by CUMC at Friday, October 31, 2008