Today US Ambassador to Turkey, Mr. James Franklin Jeffrey came to visit our school.
He was accompanied by (or accompanied?...it wasn't really clear), Mr. Ali Doğramacı, the rector of the University, and son of İhsan Doğramacı, the founder of Bilkent University.  Mr. Ali is kind of like a Turkish Bill Gates, Warren Buffett and Barack Obama all rolled into one.  When he says jump, you ask how high.
All American citizens were invited to join, so Chris and I, along with 3 of my students, made our way to the library. 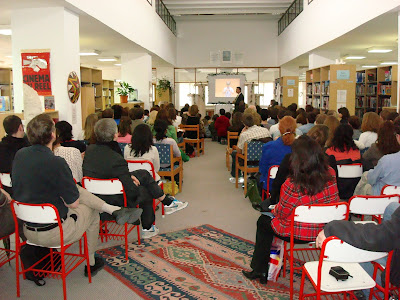 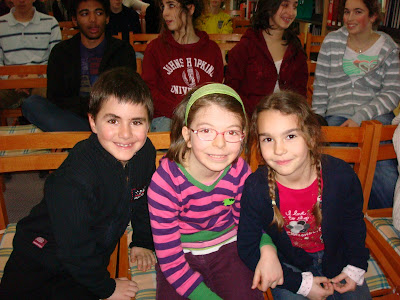 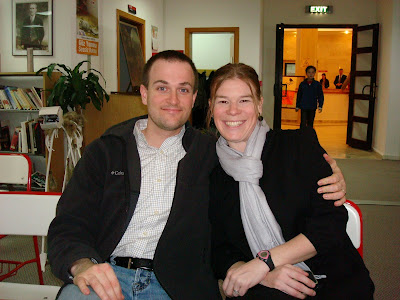 I have no intention of adding my own commentary to any of the proceedings.
These men travel with a security force numbering about seven, and I write this from a country where youtube is banned.
We'll talk later.
There was a 15 minute power point about our school, Mr. Ali spoke about the future of BUPS/BIS, and then Mr. Jeffrey encouraged us to join the foreign service.
(Mr. Jeffrey on the left, Mr. Ali to right of him) 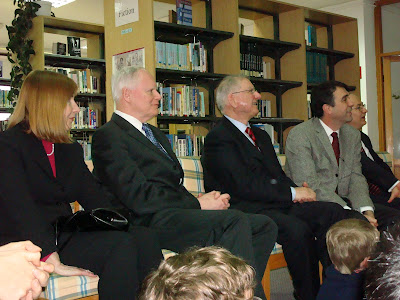 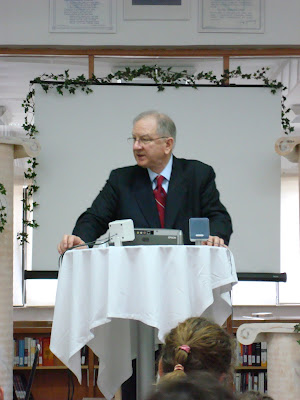 During the question and answer session, I came really close to bribing one of my students to ask the Ambassador "Hey, Mr. Ambassador, do you have to keep your mouth closed in the shower?"
Posted by CUMC at Tuesday, March 10, 2009