Let me preface this post by saying two things:

1. I asked Salsa for her permission to use her name and her photos and she consented

2. I have nothing but respect and admiration for Salsa for putting up with this traveling circus throughout her alleged "vacation" in Greece. We love you Salsa.

Now you can know that that no one is getting their feelings hurt and that even the photographer Salsa herself thinks this funny.

As we traveled throughout Greece, we had 4 cameras going. Me with my SLR, Chris with a digital, April with a digital with video, and Salsa with a camera that had so many old pictures of weddings and such on it, there was barely room for any new photos.

Anytime we went somewhere, we just used one camera when asking someone to take a group picture because we all know how annoying it is when everyone wants the picture on their camera and you end up burdening some random stranger with 4 cameras all to take the same picture.

So we'd get one shot, then at the end of the day, we would all download the pictures and share them amongst each other.

We noticed however, a small difference between Salsa's pictures, and everyone else's.

For example, here is Salsa's picture of the ocean - taken through a bus window, with a little bit of the bus curtain included for your pleasure. 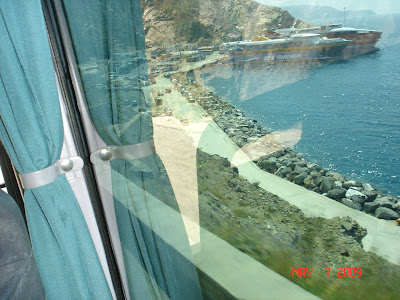 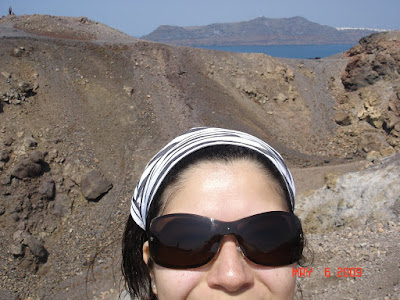 This is a very clever way to take a group photo. I think the idea was to have a picture of April and Salsa, but instead you get me avoiding the picture, April, and Salsa's right cheek. 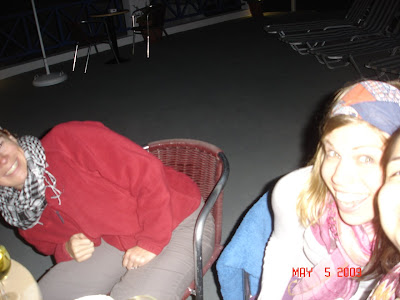 I don't know how Salsa managed this one.  Somehow she managed to get a our wine bottle, 1. 5 wine glasses, a roll of toilet paper, and me flipping it all off! 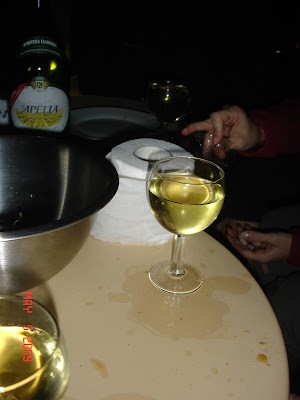 In this shot, it appears that the two tiny people who live in Salsa's hair are jumping off while holding hands. 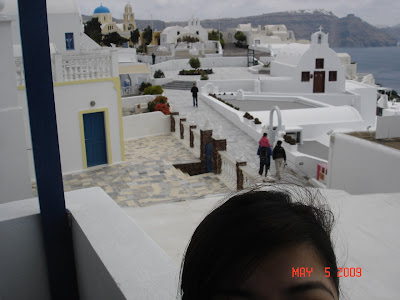 April could be laughing or crying here, the shot is too out of focus to tell. 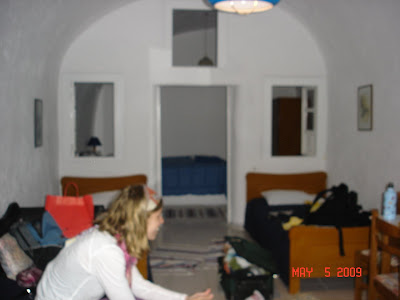 An attempt at a sunset photo, just a little obscured by a plastic tarp and metal column. 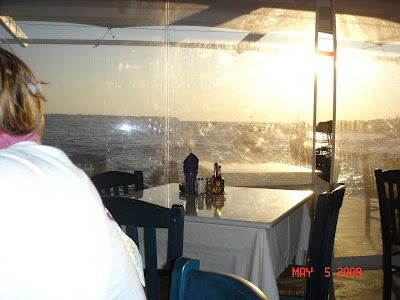 Here's a shot of Chris as he and an aquarium run past the camera? Hard to say. All kidding aside, this photo is awesome.  Very cute kitty about to use a spoon. 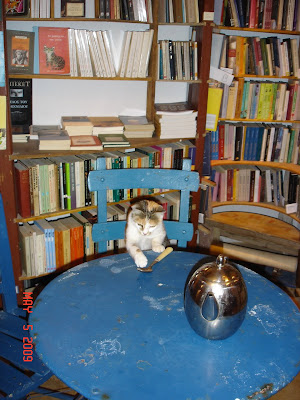 We miss you Salsa.  We could really use some of your photographic genius here in Italyland.
Posted by CUMC at Monday, May 25, 2009