From Greece to Rome - by Christopher 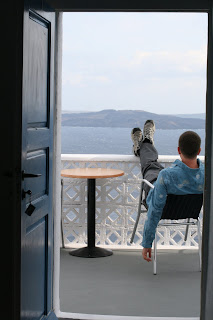 After that, Sarah and I flew from Athens to Milan. Then we flew from Milan to Rome, where we've been staying for the last three nights.

We leave tomorrow. I've never been more ready to leave a place. There are three reasons why (at least three):

1. Our budget is depleted. We spent more in Greece than we intended to. We've found affordable food in Rome, but ticket prices at tourist sights are steep. Which means we don't have the money to be "tourists" in Rome.

2. We are exhausted. Traveling from Athens to Rome depleted something more vital than cash which we can't quite name. My theory is that we've simply been on vacation so long that our bodies don't know which end is up anymore. Our dreams each night have become filled with confusing conflicts as our subconscious tries to make sense of our new nomadic lifestyle.

3. Finally, look at this picture. 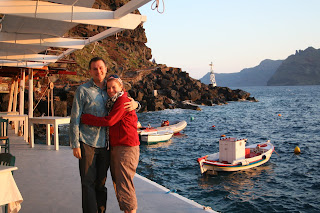 This is just one little corner of Greece, a cafe by the waterfront on Santorini. This kind of startling natural beauty became commonplace for us during our time there. It's to be found, literally, around every corner.

What I've found in Rome is very good pizza and a collection of crumbling monuments to dead people's vanity. A great portion of them are not even original, but patchworks of the old and the new. When I read about these monuments in an attempt to find a deeper meaning, I find little besides murder, conquest, pillaging, and suffering.

Tourists crawl over these eroding rocks like thousands of bugs. I find my eye drifting to the few lonely trees which have managed to survive in this riot of competing hard surfaces. As all around the ceaseless honking of cars and the chattering of mobs drown out whatever aesthetic sensibility I might possess.

By contrast, the whole of Greece (even busy Athens) is a sleepy backwater. I'm not strong enough for this city right now. Every place I go I am overpowered by some new crush of humanity manically dodging speeding vehicles just long enough to snap the billionth picture of some gruesomely martyred saint.

How can you fault me, when this is what I've just come from: 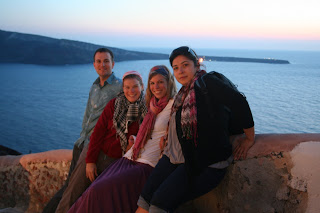 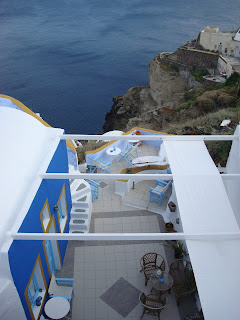 We collect our rental car and set out for the Italian countryside tomorrow. I've no doubt that very soon I'll discover the best parts of Italy for me, in it's wilder regions.

It could be that we find ourselves regretting our state of exhaustion (both monetary and visceral). It could be that one day we look back and think, "We just didn't try hard enough to see the sights of Rome."