Now Since It's Official...

We've been holding off on our Pete footage and news because we wanted to make sure he checked out at the vet before getting ourselves and everyone else too attached, but now that he has checked out and is part of the family, let's roll the footage.

This is Pete the first day we brought him home, Saturday January 31st.

After he sniffed around the whole house, we played our first game of fetch.

We next headed to the hills behind our house for a walk/run/human drag. 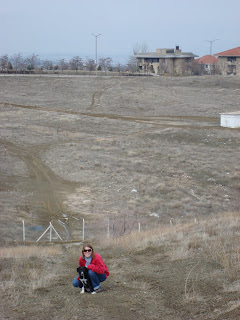 Then we came home and began to earnestly worry that maybe Pete would never, ever, ever go to sleep or get worn out.

While napping, Pete self-selected Christie's wreath to chew on. I was going to make something with that, but oh well. (Thanks Christie!) 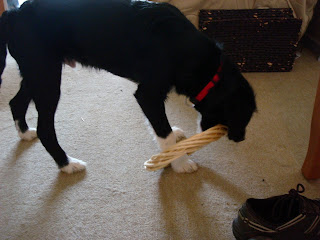 When I woke up, I found Pete and Chris chillin' out on the couch. Pete finally sits still!! 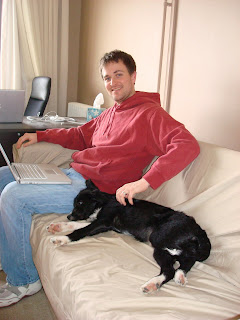 But it was not to last. Ten minutes later we all stumbled onto a fun laundry basket game.

I really don't even know what happened after that. At some point it all became a blur.

But Pete is happy and healthy, vet approved, and Texan-tested. He is testing his every boundary and I feel exhausted. But it's worth it. 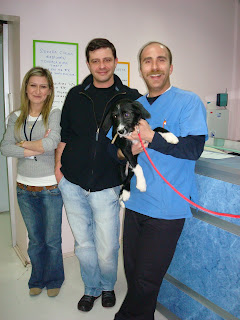 If the historical architecture, rich Biblical history and sun-drenched beaches weren't enough of a lure to get you to visit us, maybe Pete will be!