A Journalin' We Will Go

Anyone that knows me well knows that I love to journal.

The first journal I ever got was given to me by my Dad when I was about 7 years old. It had a bear being lifted into the sky by a bunch of helium balloons, and even had it's own number coded lock on it so no one could snoop.
(I would include a photo but it's tucked safely away in my folks attic.)

I remember the first thing I journaled about - my Brownie troop trip to the Dallas zoo.

Since '02 I've filled up quite a few journals. 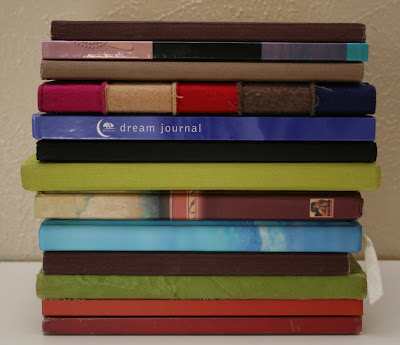 (The Dream Journal isn't really dreams - it was probably just on sale the day I needed another journal.)

It may not look like that much, but if you could see the handwriting inside you'd understand - it's tiny.

Did I write everyday? Of course not. But I think the longest gap was maybe 4 months.

It's hilarious and inspiring and moving to read back over those journals now. It's absolutely unbelievable how much of your life you forget about.
And how much of it you remember incorrectly.

My journals continue to be invaluable to me and I love keeping up with them.
Sometimes I'll look back on them and see what I was doing this time a year ago, two years ago, what have you.
And sometimes I'll just randomly open to a day and see what antics I was getting up to that day.

It only makes sense then that one of the greatest joys I've had in this pregnancy is not only journaling about it for myself, but starting the boys their very own journals.
Yes, one for each. 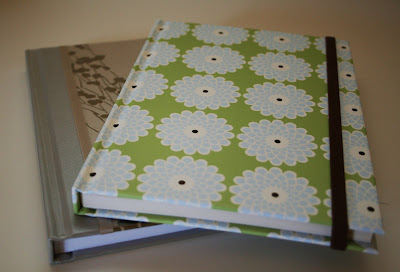 The journals contain handwritten letters to the boys, one for every week of the pregnancy. I tried to keep the letters short so I would keep doing it. And I tried to write about random things during the week, things I wouldn't otherwise remember. 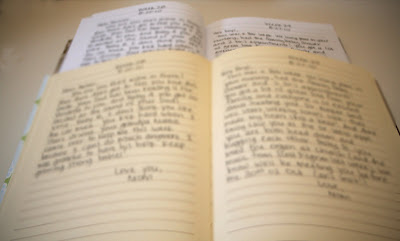 Pregnancy is 40 weeks long but no babies are actually in existence until week 3. So for the first few entries I was just hoping and dreaming (and still writing in the singular sense).
Here are a couple of entries from the first trimester. (You can click on them to make them bigger). 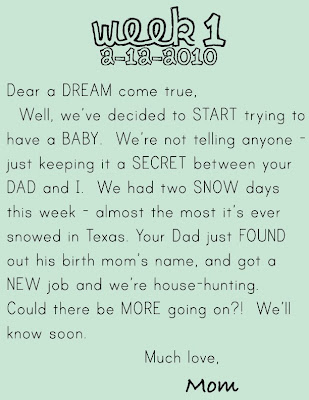 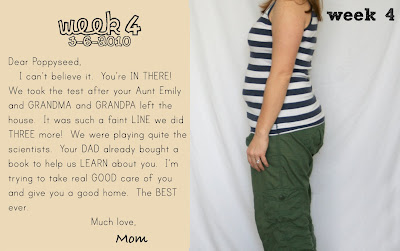 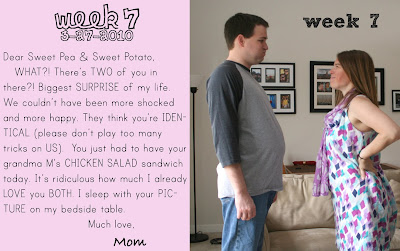 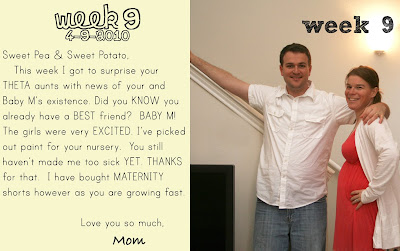 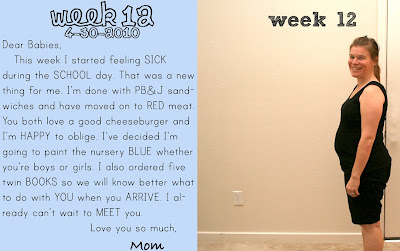 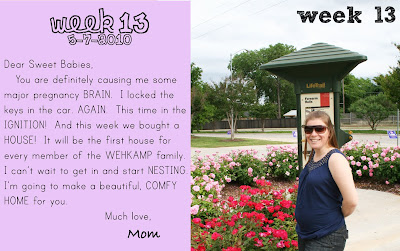 I don't expect that the boys will make much sense of these letters until their later years, but I do hope some day they'll find the journey of their anticipation interesting.

And they might journal themselves, and they might not.
Their Dad journals erratically so there's definitely going to be lots of exposure to the idea.

But whether they do or they don't, I know I'll have lots of notes for them to look back on.
Posted by CUMC at Monday, September 27, 2010