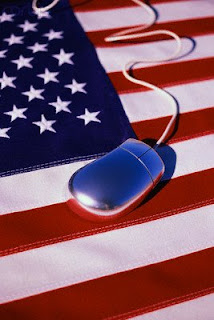 There we go. Finally got internet hooked up and going at our new apartment. I've been trying to think of a witty acronym for AT&T to post as a title to this blog. But at the moment I'm too happy to act mean to them. Even if the process did take three weeks to complete.
So we've been living in north Dallas for a month and four days now.
It's been a challenge resetting our lives in America. Of course, there are one hundred and one modern conveniences we'll never take for granted again after Turkey. But with those conveniences come one hundred and one hoops to jump through, it seems.
I forgot (or never truly understood) just how complex life in America is.
I stood in the aisle paralyzed by the dozens of different kinds of mustard to choose from on a recent trip to Target. I knew that I wanted mustard and I knew that all I had to do was pick a bottle of mustard up and take it to the cash register. But my mind couldn't even begin the process of weighing the dozens of variables involved in making a selection.
Job hunting in America is also complicated. Nearly every potential employer I contacted required that I fill in the blanks on each of their own practically identical but nonetheless proprietary online applications. Most of them were more than happy to allow me to attach my resume (which had all the information they were asking me to fill out in the first place) to my online submission.
The truth is, these online applications represent a series of gradually narrowing hoops. If you fit through the first series of hoops (the criteria they have established in their software) then you'll get the chance to see if you can squeeze through the next series of hoops (i.e. you might get the luxury of speaking to a human being). Despite this dehumanizing system of maze running, I have recently secured employment at a place I respect doing work I enjoy.
Before I left (less than a year ago), I could still count on talking to another human being when I patronized the drive-through lane of a sandwich shop like Jimmy John's. Now when I pull up to the walkie-talkie sign thing, I get a pre-recorded message from the owner of the restaurant before an actual downtrodden sixteen-year-old can ask me if I would like to increase the size of my order for only a few cents more.
Certainly, no place I know has more complicated food than America does. Pre-packaged, pre-cooked, microwave-safe, preservative-rich pseudo food surrounds me here. Also; butter, salt, butter, salt, butter and salt. Some food comes with butter or salt, but most food comes with butter and salt. And I'll never forget the first American meal I ate in a restaurant upon my return. It was the biggest plate I have ever seen. The restaurant wasn't making an artistic choice in their presentation; every square centimeter of it was covered with food.
I couldn't even finish half of the food before me that night. But I've been here a month, I'm readjusting quickly. At the doctor's office this week I weighed in at 188 pounds. That's about 5 pounds heavier than I weighed when I landed.
Of course, my body doesn't really bear any responsibilities to move anymore. When I was abroad I walked everywhere, all day, every day, for everything. Now I get up from my seat to walk a few feet to sit in another seat that drives me to my job where I walk a few feet to sit in another seat where I do my work and then a couple of hours later I do the same process in reverse until I feel sleepy, at which time I walk a few feet to lay on a comfy bed.
When before, ample exercise was simply hard-wired into every task in my daily routine, now if I want to "exercise" I have to make a separate time for it in my day outside of my daily routine. This must be a common problem faced by a large portion of Americans, a society which currently suffers from a 66% rate of obesity or overweightness (Center for Disease Control, 2009).
I'm so very pleased to be back home in the States. Just a few days ago I caught myself hesitating to fill my glass from the tap, feeling unconsciously suspicious that the water might not be safe. I felt so lucky when I remembered that it isn't a concern I need to worry about here. The advantages and the benefits of living in America far outweigh any negatives I can think of, current economic recession included.
It's good; but it's complicated. I've basically gone a year without watching TV. I didn't miss it very much when it was gone, but now that we're home we decided to get the most basic cable TV plan. I asked the lady from AT&T to tell me how many channels their most basic, stripped-down plan had and I couldn't believe it when she told me that it had 40 channels. I asked her for a cheaper, simpler service and she told me that she offered no such service. Sarah and I watch about three of them; I'm not even sure what the other 37 are. How can I possibly make room in my head to watch 40 channels after being perfectly happy watching 0? Why can't I just choose and pay for those three channels, wouldn't that make more sense?
Or maybe "more" sense isn't the kind of sense worth making, maybe that's the point. Maybe it's "better" sense that we need.
Posted by Christopher at Thursday, August 06, 2009